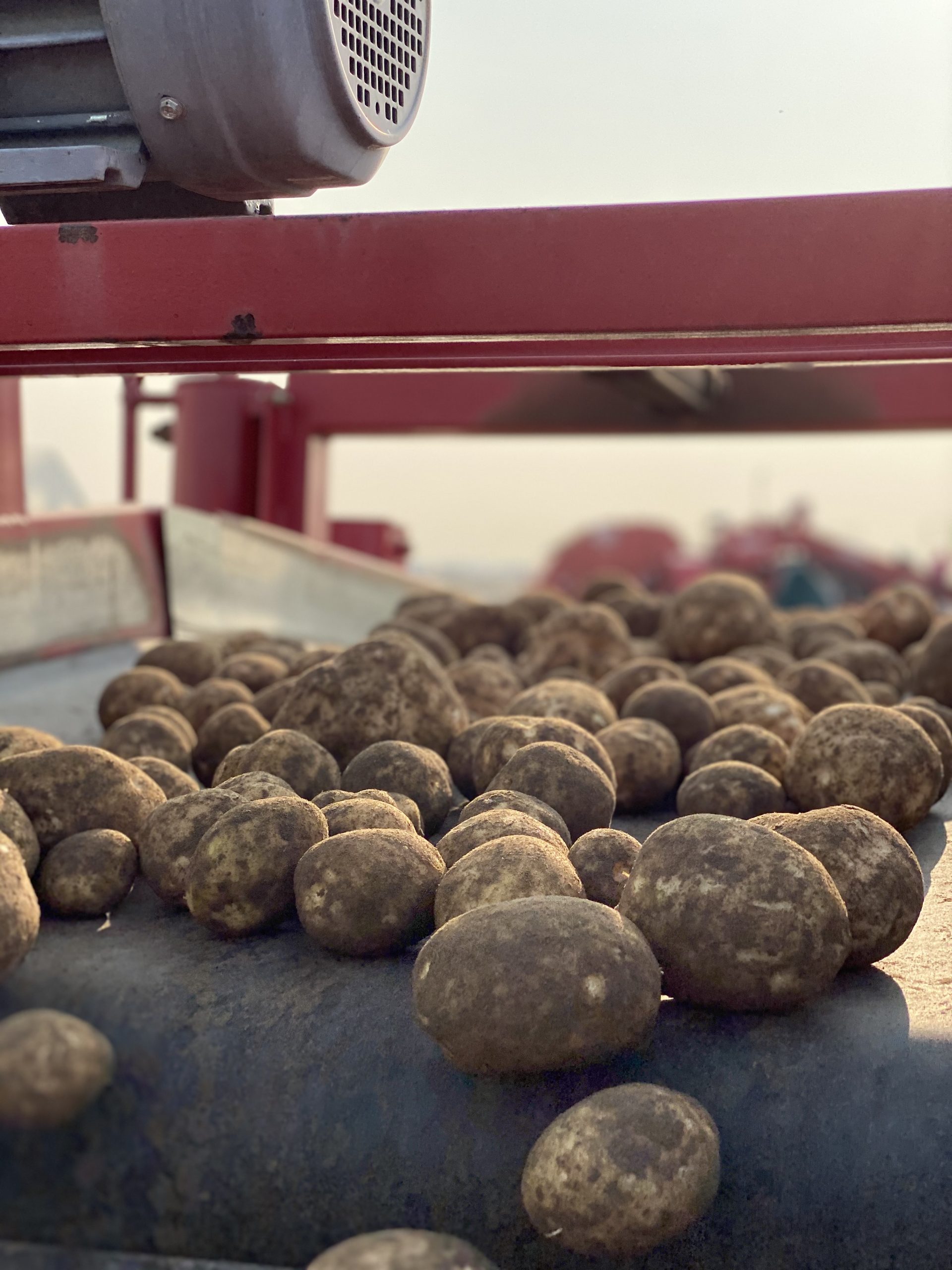 In short, we aim for a bruise free potato. There are 3 crucial points we’ll discuss in 3 separate pieces.  First

However, they are grown in dirt, so it makes it nearly impossible to be 100% bruise free. Furthermore, Mother Nature tends to throw curve balls for us to agronomically speaking “swing at” or navigate. There are both obvious and hidden challenges, but we’re still going to shoot for the best potato possible and the highest percentage of bruise free.

How are we going to do that? This today will address those obvious challenges.  In the next spots, we’ll address the hidden ones as well as steps we’re taking to collect data and minimize bruising.

We can easily take steps to control what is allowed to us, the “obvious” challenges; The dirt, the harvesting machinery and the packing equipment.

First, the soil one of the most important ingredients in growing the Chipperbec Potato.  Nonetheless, it has the tendency to “clod” up and while harvesting.  Those large clods can be as large as a potato and hard as a rock which bump the potato and bruise it.  If we can control the soil moisture and texture with water and tilling, then it will be less likely to clod up prior to harvest.  In addition controlling the moisture levels help keep the soil from adhering heavily to the potato, which also can lead to more bruising.

The harvesting machinery is crucial to getting all of the viable potatoes that we have in the soil, up above the ground,  collected in trucks and sent either to storage or directly to the packing shed.  If we can control the amount of hard G-Force type contact the potato has to the machinery, the less likely they will have bruising develop after storage and after packing.

The packing equipment is one of the most critical and pivotal parts of keeping the potato bruise to a minimum.  There are large quantities of contact points in the warehouse and each one has to be carefully prepared in order to minimize high G-Force contact.  We do that with rubber matting and step down drops versus straight falls and immediate contact with metal.

Stay tuned for more on the hidden challenges while we continue on Operation Bruise Free!